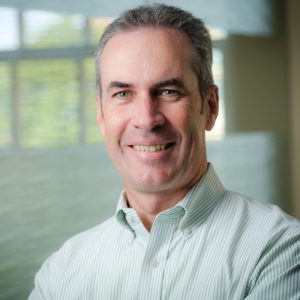 Specializing in Internships and Experiential Education. Liaison to the Athletic Department.

As a WFU undergraduate, Patrick never stepped foot in the career office — he thought it was too scary! Now that he’s back as a career coach, Patrick says it’s his goal to make the office and his appointments less “scary” for students who may be a little intimidated like he was. 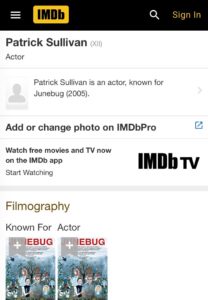 A fun fact about Patrick:

A piece of advice:

Patrick, a father of three — at least one of whom wants to be a Demon Deacon! — is a Double Deac himself who grew up in New Jersey and lived outside Philly before transferring to Wake and graduating with a BA in Political Science in 1993. Patrick didn’t know what he wanted to do when he graduated but began working on the Hill as a Legislative Aide for a Member of Congress (who also graduated from Wake Forest!), helping to develop an internship program, among many other duties. Patrick felt that he’d found his calling in this work and in helping others, so he returned to Wake Forest 22 years ago to continue supporting internship development in what was then the Office of Career Services and to acquire an MBA from the School of Business in 2003. Now, Patrick has worked in the Office of Personal Career Development, which got its transformational facelift in 2011 through use of technology, a change of space, and an increase in funding and staff, for nearly 10 years. Patrick connects with student-athletes, supports first-year students and students in the College of Arts & Sciences in landing internships and turning them into full-time jobs, helps students understand their interests and connect with alumni, and more. Patrick has been quoted and published in a variety of publications, including USA TODAY College and Fast Company magazine.

Want to connect with Patrick for coaching or advice? Email him or register for an appointment on Handshake!

The Office of Personal and Career Development is committed to empowering every Wake Forest student to flourish in work and life. Through career coaching, events, workshops, courses, career treks, fairs, self-assessments, and much more, we seek to make sure EVERY Wake Forest student has the tools, resources, information, and most of all a partner to navigate the college-to-career transition.

Find us on campus map